A few photos from Al Ain Aerobatic Show yesterday. Al Ain is a 90 minute drive from us, although still in the Emirate of Abu Dhabi. It's a two or three lane highway most of the way so we made good time, and arrived with plenty of time to collect our tickets (no repeat of the "hunt the ticket counter" that we had at the car park drift competition a few weeks ago) and have a quick look round the static display before taking our seats in the grandstand.

What followed over the next five and a half hours was an entertaining program of various aerobatic displays, fly pasts, and other entertainment, including a rocket powered bus and the UAE's strongest man pulling a fire engine in a fetching outfit that looked like it had been made out of the hide of a cheetah.

We may be biased, but the highlight was of course our very own (and I still allowed to say that?) Red Arrows, who have been touring the Middle East over the last few weeks. Archie in particular was mesmerized by them, and can describe every move that they did, including the names that the commentator gave them.

We didn't think we would last to the end, but a couple of runs for provisions (again very reasonable prices, no getting fleeced here) kept us going, and just as the signs of boredom were starting to appear the next display would start.

The show finished as dusk fell, with a couple of displays where the planes were lit up with LED lights, were shining lasers, and firing off the odd firework. 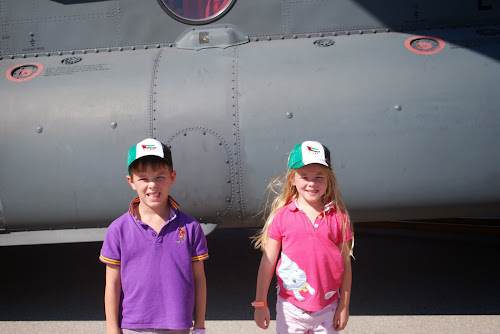 We've had a few surreal moments since arriving in the UAE, and for me another one to add to the list was watching a brightly lit plane doing a routine to Nessum Dorma as dusk fell over the desert we were sat facing. Can't say that I imagined I would be doing that a year ago! 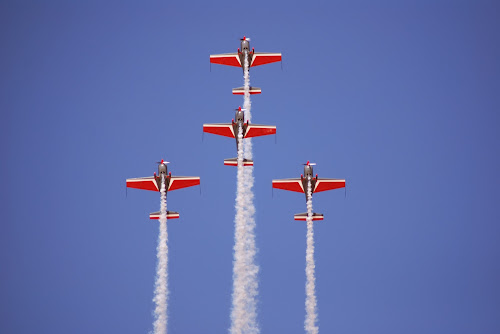 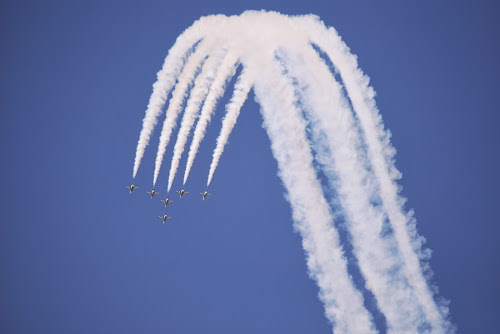 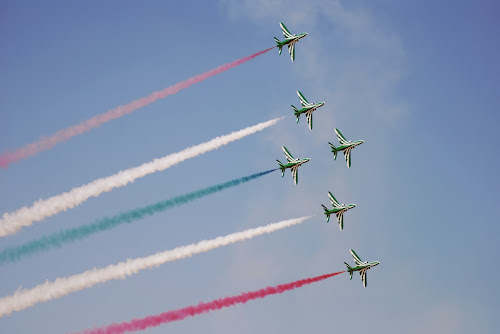 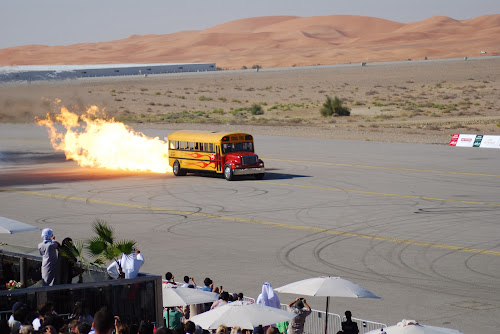 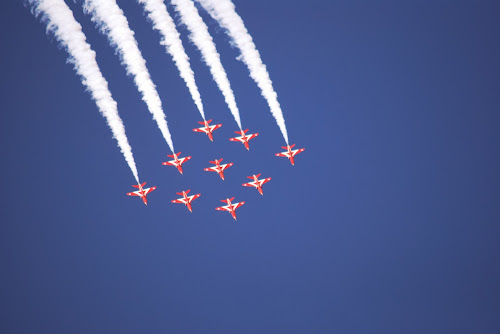 As always thanks for reading.

Posted with Blogsy
Posted by Unknown at 21:26