A couple of days later than I intended due to being distracted by Burnley's famous victory over Blackburn Rovers on Sunday, here is my latest diary entry. Life continues to be busy both at work and at home. Nothing about work this week, I'll focus instead on a busy last weekend.

Henry was away most of the weekend at a drama workshop, about which more later, so as Jo and I were going out on Friday night, during the day we decided to take Archie and Flossie to a local splash park. We'd not been there before, despite it being very nearby. It was very reasonably priced to get in, and pretty quiet despite the weather really starting to heat up.

Archie and Flossie had a great time, rushing backwards and forwards between various rides. Flossie loved the "lazy river", I can't imagine why (the clue is in the name), and the slides. Archie loved the "bungee trampoline" (I have no idea if that is the right name for it), going on a number of times, demanding to be bounced higher each time. 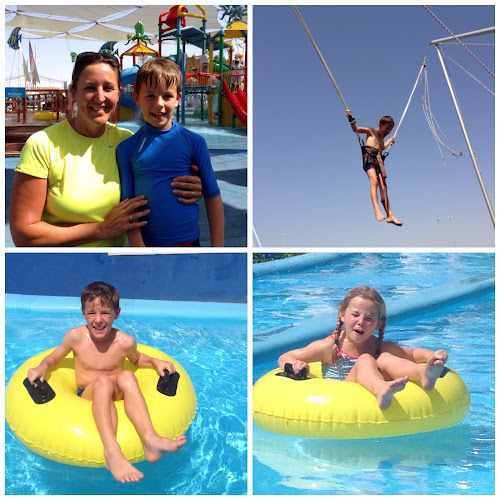 Eventually we had to tell them the park was closing to get them out of there, although they were suspicious as there were still people going in there as we left. We'll definitely be going back again, quite a few times probably.

Once we got home there was just time for a quick change and to order a pizza in for Archie and Flossie, before the babysitter arrived and then it was time for Jo and I to get our taxi.

We were heading for "Fight Night" at the du Forum on Yas Island, having been persuaded to go by a couple of friends. The evening was to consist of ten bouts involving different disciplines, including boxing, mixed martial arts, and others I cannot for the life of me remember. There was also the prospect of "vertical athletic displays" between the bouts (it's forbidden to call it pole dancing here!), although that was of no particular interest!

Before the competition began we went for a lovely meal at the Blue Grill at the Yas Rotana Hotel. Having over indulged we managed to drag ourselves to the Forum just as the evening's entertainment began. We were delighted to find that we had ring side seats, and that there was actually a good crowd and atmosphere, we had been worried that we may be the only people there.

The evening itself was very enjoyable, fueled by a few drinks and not taking it too seriously. There were some ferocious fights, although it was a good idea not to think too hard about the danger involved for the fighters. The "ring girl" was hilarious, without intending to be, but it would be disrespectful to say too much more about her. And as for the "vertical athletics", of course that was very "entertaining". 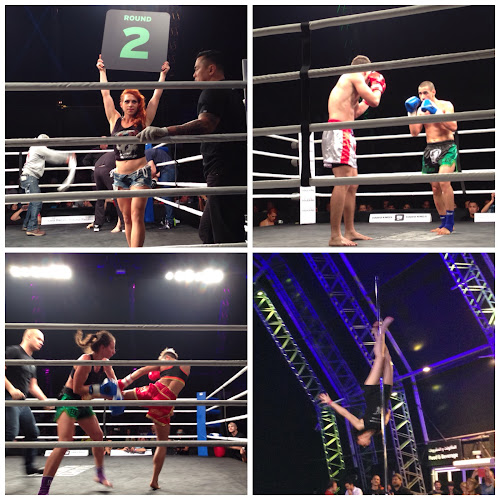 To finish off the evening we popped across to the Yas Viceroy Hotel, next to the Yas Marina Circuit, and spent an hour in the Sky Bar. Despite it being late it seems that the track was open for local Porsche owners to take their cars for a drive around the track. Jo now wants to know which evening is for Toyota Fortuner drivers to do the same thing.

After a relaxing morning on Saturday, recovering from the excesses of the previous evening, we went to Carrefour to buy a few bits for our camping trip this weekend, which we are all excited about. It was then time to go and see Henry in the show he had been preparing for all weekend.

He was attending a drama weekend hosted by British Schools Middle East, where drama students from two schools in Abu Dhabi, one in Egypt and one from another country (I can't remember where) came together to work with a well known drama group. They did various workshops during the weekend, culminating in putting on a performance on the Saturday afternoon. Henry really seems to have enjoyed himself, and hopefully got lots out of the weekend, and the performance itself was very polished given how little time they had to prepare. 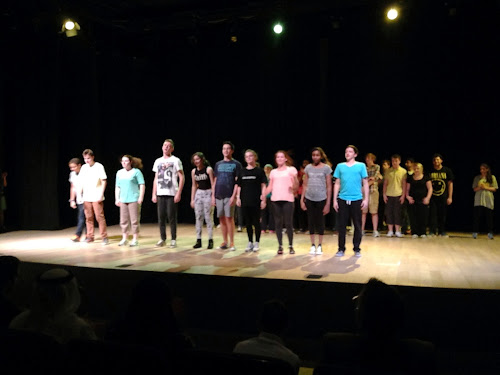 After the show Henry went off to a dinner to celebrate the end of the workshop, so the rest of us went off for tea at one of the more recently opened shopping malls in the city centre, as if the city doesn't already have enough malls. The restaurant we were intending to go hasn't opened yet, so we ended up in Nando's, which has only opened very recently. Whilst the food itself was delicious, resulting in four clean plates, the service left a great deal to be desired. There is definitely more staff training needed. 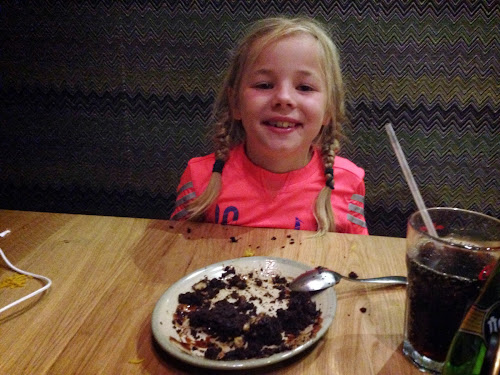 So, all in all, another very enjoyable weekend in "the Sandpit", and we returned to work and school on Sunday morning refreshed exhausted for the week ahead!

Thanks for reading, see you all next week.

Posted with Blogsy
Posted by Unknown at 21:07