Relaxing after day two of the Grand Prix weekend. It's been another great day. We started with Friday Brunch at a hotel near the circuit. It was an Indian Restaurant where you could order whatever you wanted off the menu, and keep on ordering until you burst. We did our best to achieve this goal! 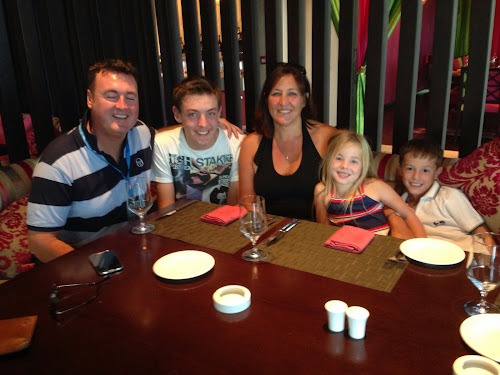 At the end of lunch Archie, Flossie and I left the others in the bar and headed off to get the bus to the Circuit, pausing only to admire the line up of cars outside the hotel. 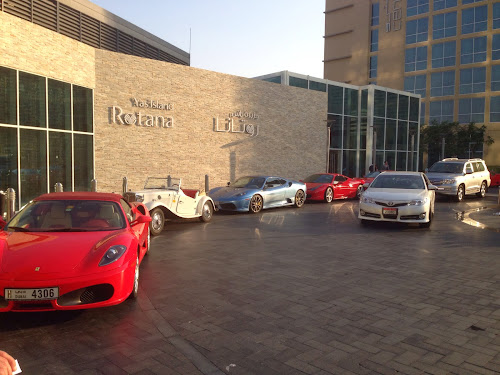 We quickly found our seats in the North Grandstand, and were very pleased with the view we had. We can see a good proportion of the circuit, the cars are in view for about 30 seconds which is great.

We enjoyed watching the cars for half an hour or so. The ear protectors proved very useful, I'd expected it to be loud but it was incredible, apparently you could hear it from our compound. Flossie spent the time trying to work out which was Jenson Button's car, and as we were leaving announced that he had won the race. I'm not sure she really understood what was going on! 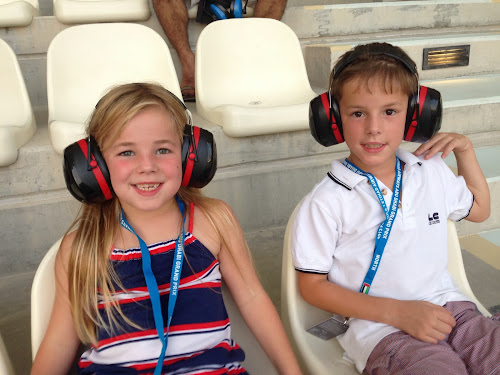 It was soon time to rotate the tickets so the others could have a go. Archie and Flossie headed off home with Jo in a taxi, and Pete, Henry and I headed back into the circuit. We managed to secure a couple of wristbands to get Henry and his friend into the Jay-Z concert this evening, and then watched the final 20 minutes of the practice session.

We left the Circuit thinking it was going to be a nightmare finding Henry's friend, Rhys, before the concert, but actually he was waiting right outside the gate with his mum. They soon disappeared looking forward to their first concert, and a night of freedom. Rhys's Mum and Dad were then kind enough to give Pete and I a lift home. All in all a great day.

Anyway, time to relax for a little while before bed. Thanks for reading as always. 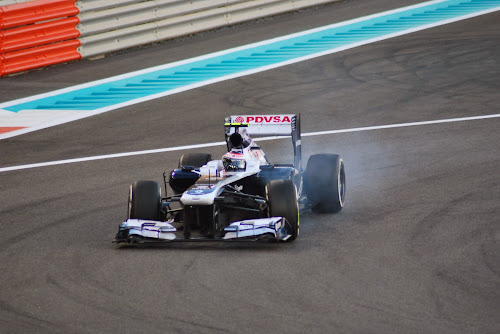 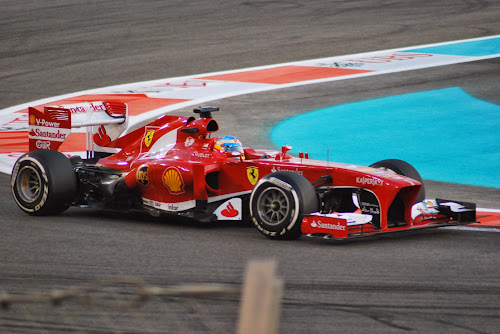 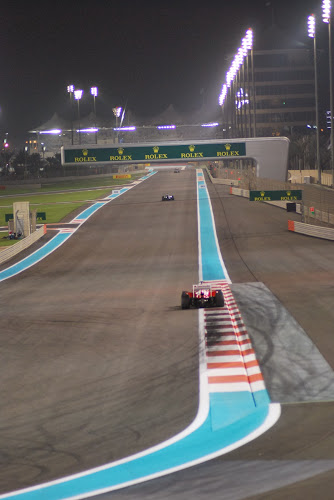 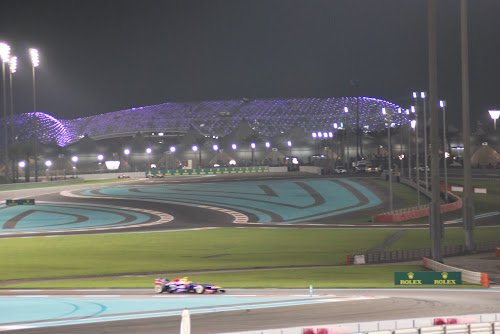 Posted with Blogsy
Posted by Unknown at 20:57

I feel like I'm experiencing some of this with you - you write your blogs so well - it's so exciting! A blog from Henry on the Jay Z would be great too!!! Xxxx love c k a