Finally it was the moment Archie had been looking forward to, a trip to the top of Burj Khalifa. As I'm sure you know Burj Khalifa is the tallest building in the world, at 828m, with more than 160 floors. Like many super tall buildings there is a bit of cheating, in that the top part of the tower is unoccupied, and (dare I say it) just there to allow the record to be claimed. Still the tower also has the highest occupied floor in the world so I suppose it is fair enough.

We joined the queue just before our allotted time of 4pm, and followed the corridor towards the elevator. Along the way there were various informative displays about the inspiration behind the tower, and the process of designing and constructing it. These were really well presented, and there was a calmness to the whole queuing process, it certainly wasn't like queuing for a roller coaster in Florida! 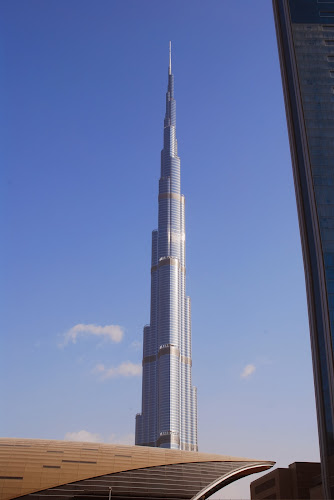 Fairly quickly we got to the final door before the elevator. This was a rotating door with an attendant carefully managing the flow of people going through. Alongside him was a cleaner wearing a pair of white gloves who insisted on polishing the glass of the door every time somebody had passed through, which seemed a little over the top but there you go.

Finally we were allowed into the elevator, which of course is the elevator with the longest travel distance in the world. It was no surprise that it was a very smooth, and fast, ascent - the only evidence we were moving was the floor numbers on the display increasing rapidly and our ears popping at intervals.

Not many seconds later we were at the observation deck. Because numbers are managed carefully, whilst there were lots of people up there, it was by no means packed. This meant we were able to take our time walking round the whole 360 degrees! including the outside observation deck. Needless to say the views were stunning, although it was a little hazy so I'm sure they are even better on a clear day. 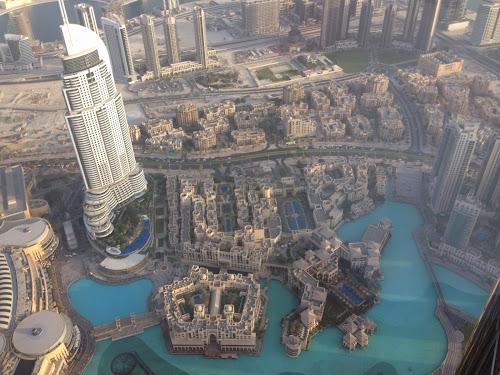 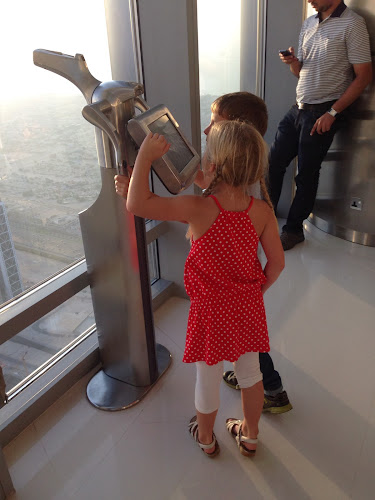 We took in the views for half an hour or so and then decided to head back down. Before we did Henry insisted on doing some filming for a video he is making. Jo offered to be the cameraman, but was rejected in favor of me. I did my best but my attempt was not up to scratch so Henry insisted on filming himself and drew some strange looks as he made a speech ending with "Welcome to Henry's random life". I'm not sure what the video is about - other than his random life - but hopefully all will be revealed soon. 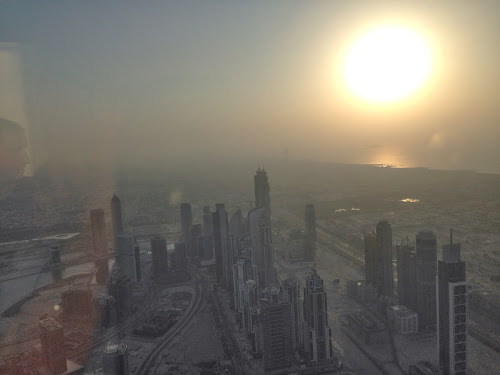 The trip down was as smooth and quick as the trip up, and we were soon wandering round to the restaurant we had booked for dinner, from where we were able to watch the impressive Dubai Mall fountain show. 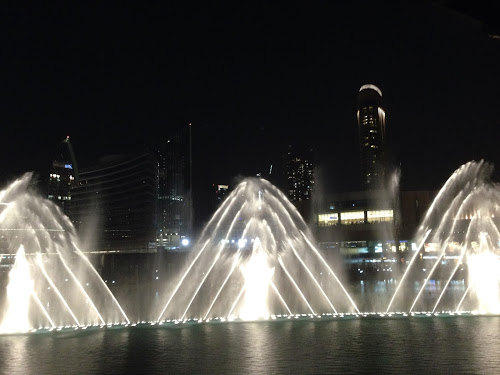 All in all we really enjoyed our "trip to the top", and I suspect this is going to be a "must do" for any visitors we have.

One thing I am glad about is that we weren't up there yesterday. Apparently they had a practice emergency drill and evacuated the tower, or at least parts of it. I wouldn't have wanted to have to walk down 100+ floors of the fire escape!

Thanks for reading as always. 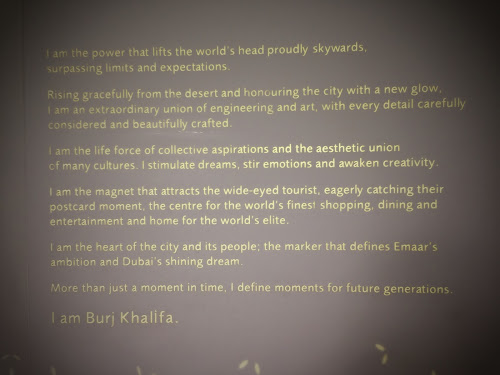 Posted with Blogsy
Posted by Unknown at 21:18