Flooding of the Nile (aka Al Yasmina)

Archie's year has been doing a project on Ancient Egypt this term, and it culminated today with the whole year dressing as Ancient Egyptians and enjoying a range of activities. Jo was very creative and made Archie a fantastic costume out of pillow cases and various other bits and pieces. She also volunteered to help out for the day, which was very brave, especially as she made a dressing up outfit for herself as well! 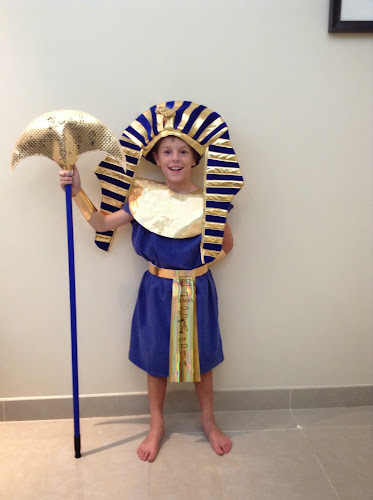 As it turned out the weather decided to get involved as well. The annual flooding of the Nile has been an important natural cycle in Egypt since ancient times, and today the school played the part of the Nile, as the weather broke in Abu Dhabi and we witnessed the flooding of Al Yasmina (hopefully it's not going to be an annual event!).
It has felt as though a storm has been brewing for a few days, with grey skies, gusty winds blowing sand about, and increasing humidity. Finally it broke this morning, firstly in the city centre as I arrived for work, and then at Khalifa A as school started. 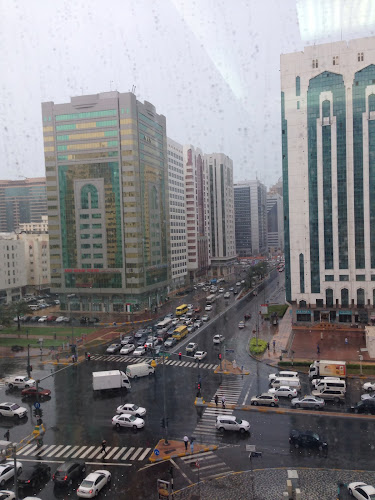 To be fair there was thunder and lightning, and the rain was torrential for a while. It wasn't long before the water was pouring into the school hall, and it only took a few hours before the school was closing for the day, as were many other schools in Abu Dhabi, Dubai and other Emirates. Overkill? Quite possibly.
Archie and his classmates did manage to do most of their planned activities, other than their procession round the playground. He seems to have particularly enjoyed mummifying a banana; he described the process to me earlier and it certainly sounded quite complicated.
The impact of the rain has been a little comical. It is definitely the UAE equivalent of how the UK grinds to a halt when there are a few flakes of snow. I even had Dubai based members of my team asking if they could leave early due to the adverse weather. It has been the headline on most news reports I have heard, and has played havoc with events such as the Dubai Air Show.
Things seem to have settled down this evening, so it looks as though we can tick off one of the ten days of rain we can expect in our first year here. I'm sure it will be back to 30 degrees tomorrow, joy!
As per usual, thanks for reading. 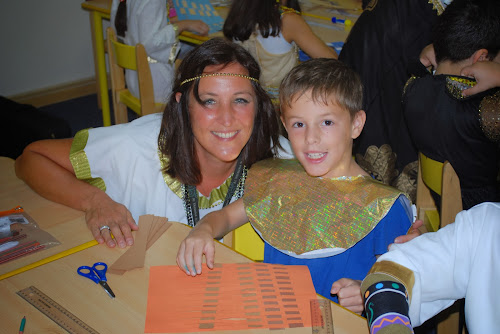 Posted with Blogsy
Posted by Unknown at 21:46

Blimey, strange to think you could go home early because of rain, we'd never be at work then would we?🚺
Great costumes, very creative. Xx